After the excitement of the previous week’s Meteor Kilmacud Crokes All-Ireland Hurling Sevens it was back to domestic fare this week with a busy weekend programme.

Seniors beat Cuala
On Sunday 13th September 2009 the Kilmacud Crokes senior hurlers secured a championship quarter final spot with a comprehensive win over Cuala at O’Toole Park. Scores were hard to come by in the opening twenty five minutes, at which stage Crokes led 0-4 to 0-1. Cuala points bracketed a fine fetch and finish to the net by James Burke to make it 1-4 to 0-3 at the interval. The game was finished as a contest in the opening five minutes of the second period thanks to an unanswered 1-3 for Crokes. Thereafter it was a question of playing the game out with Crokes on top in all areas. Final score 3-11 to 0-6.
Team: R Sweetnam, N Corcoran (capt.), N Lillis, G McMorrow, D Byrne, A de Paor, A Grogan, S Gillen (0-1), A Cleary (0-1), J Burke (1-0), H Gannon, F Armstrong, R Walsh (1-1), R O’Carroll (0-2), K O’Loughlin (1-6, f-3). Subs P Clinton for R Walsh and B O’Leidhin for R Walsh (both 58 mins)
See also HERE
Under 15's lose to Cuala
To facilitate supporters wishing to make the senior game Sunday’s under 15 championship semi-final between the same two clubs at Thomastown was brought forward to 10.00am. Two first half goals gave the home team a 2-3 to 1-1 lead at the short whistle. Within three minutes the gap was down to a single point thanks to great goal from Caolan Conway. From then on Crokes piled on the pressure but could never get on level terms. With three minutes remaining a third Cuala goal against the run of play put four in it. Crokes responded in kind but time ran out as they pressed for the equaliser. Among the leading lights for Crokes were Conor O’Dwyer, Oisin O’Rorke, Caolan Conway and Conor O’Byrne, following his introduction.
Team: M Herlihy, CJ O’Dwyer, D Corish, M Collins, C O’Dwyer, J Murphy, C Devins, O O’Rorke (0-2, f-1), R McGowan, C Gormley, M Geraghty, T Barry, N Gorey, B Horan (1-0), C Conway (1-2, f-2). Subs: C O’Byrne (1-1) for N Gorey, KJ McGowan (0-1) for T Barry, R Murphy for C Devins, C MacGabhann for C Gormley, D Keane for B Horan (2-0), M McNicholas, L O’Sullivan, A Colclough, C Sweeny, O O’Siochru.
Ref: J Turner.
JHC B Semi Final Confusion
Amidst confusion the Sunday JHC B semi final scheduled for O'Toole Park between Kilmacud Crokes and Crumlin did not take place with Crumlin not appearing. Crokes took the field at the appointed time as referee Philip Larkin threw in the ball. Developments are awaited.

Intermediates win against Na Fianna
On Saturday 12th September 2009 the intermediates had a good away AHL4 win over Na Fianna at Moibhi Road. Crokes led by seven points at half time and ran out 0-15 to 0-9 winners with starring performances from David Canny, Declan Browne, Shane McNicholas, Rob O’Loughlin, Eoin de Paor and Brian Hanamy.
Team:
R Tighe, F Monnelly, D Canny, A Hopkins, W McEvoy, D Browne, S McNicholas, C Sheehan, R O’Loughlin, E de Paor, B Hanamy, C Brugha, S Canny, D de Paor, N Butler. Sub: J O’Keeffe for S Canny.
Under 13’s Action
The under 13B’s opened the Saturday action when facing Naomh Olaf in Deerpark in League Division 3. Despite strong pressure Crokes were only four points to the good after twenty minutes. A Hubert Barry goal put daylight between the sides and with Niall Sweeny and Cian O’Connor in particular streaking towards the Olaf's goal, Crokes led 4-5 to 0-0 at the break. The second half followed the same pattern and the Kilmacud lads ran out 5-7 to 0-2 winners. Also starring were Francis O’Reilly, Richard Couse, Stephen O’Hurley, Sayeed Rizvi, Paul Comerford (with two goals) and Fionn Donnelly.
Squad:
M Redmond, J Egan, R Couse, S Rizvi, S O’Hurley, F O’Reilly, F Donnelly, C O’Connor, R Geraghty, C Fahy, N Sweeny, S Barr, H Barry, P Comerford, K Culligan, C Montague, A Liffey, R Finnegan and S Vallom.
The “B’s” were followed by their “A” counterparts in a Division 1 Top 5 clash with St Vincents A at the same venue. After a competitive hour the home team prevailed by 2-7 to 2-4 (half time 0-3 to 0-2) with Shane Veale bagging the majors. Among the other players prominent for the winners were Sean Crowe, Sean Keating and Tadgh Murphy.
Squad: T Murphy, M McCallion, R Murphy, E Keane, P Herlihy, E Allen, L Tucker, S Crowe, S Keating, T Duke, S Veale, C Gowing, A O’Neill, M Crowley, R Kennedy, D Dagg and B Sultan.
U14’s beat St Sylvesters
Across in Silverpark, the under 14’s hosted St Sylvesters in Division 1 of their league and won 4-19 to 2-4, having led 4-7 to 0-2 at the short whistle. To the fore were David Kane, Mark O’Loughlin, Ciaran McIntyre and Edward Campion.
Under 16’s beat St John’s Ballinteer
For the under 16’s it was an 'A' Championship encounter at Marley Park against Ballinteer St Johns. The home team led 0-3 to 0-2 after fifteen minutes. By half time Crokes had forged 0-6 to 0-4 ahead. A thirty second minute Fionnan Motherway goal, after hard work by Niall Hanley, suggested the Stillorgan lads might pull away but that was not to be the case as Ballinteer ate into the lead with placed ball points. When Hanley struck for a forty sixth minute goal it was 2-8 to 0-9. Seven minutes passed before the next score, a point from Ken Kelly. Seven minutes remaining with six points in it may have caused some of the traveling support to relax. A rip roaring final ten minutes (including injury time) sent anxiety levels rocketing. Two green flags in a minute had St Johns level in the fifty sixth minute, 2-9 each. Ken Kelly coolly slotted a mid range free to nose Crokes ahead. From the puck out Ballinteer restored parity. Play went from end to end before a looping Fionnan Motherway effort sealed it for Crokes, 2-11 to 2-10. In a very solid defence Paddy Tighe, John Huban and Emmet Doherty stood out while up front Niall Hanley, Conor Devins and Jamie Clinton were very impressive.
Team:
P Tighe, O O’Carroll, J Huban, S Boyd, C Delaney, E Doherty, S Moran, C O’Neill, A Pilkington (0-1,f), K Kelly (0-7, f-3), J Cassidy, J Clinton, F Motherway (1-2), N Hanley (1-0), C Devins (0-1). Subs: J O’Brien, A Cullinane, N Gorey, L O’Sullivan.
Travelling U12’s!
The under 12’s hit both Kilkenny and Cork over the weekend. On Saturday they took part in the Clara (Kilkenny) tournament where they lost a cracker to the group winners O’Loughlin Gaels by three points and also went down to James Stephens. On Sunday they were in Cork for the Erins Own tournament. Wins over the hosts and Carrigtwohill together with a draw against Ballinhassig qualified them for the final where they had to bend the knee to a very strong Dicksboro (Kilkenny) side.
Camogie Sevens
Saturday 12th September 2009 saw the club host the Camogie Sevens. In the “A” final Cashel of Tipperary overcame Galway’s Athenry by 3-9 to 4-5. In the all Down Shield final Clonduff had a 4-12 to 3-4 victory over Ballycran. For more click HERE
Hurling Nursery
Due to the hosting of the All-Ireland Club 7s the facilities at Glenalbyn are unavailable for the month of September. We will train at the all-weather pitch at St. Killians German School, Roebuck Rd, Clonskeagh on Saturday 5th, 12th and 19th of September. There will be no training on the 26th of September.  Training will return to Glenalbyn on Saturday the 3rd of October. Please note the following times and contact the managers for any further details.
Hurling (U6, U7 and new nursery group, i.e. Born 2002, 2003, 2004) @ 10.00am
Football U6 @ 9.00am and U7 @ 11am
NB Bring runners. Each child should bring his own water bottle clearly marked with his name.
Hurling, U6/ Born 2003 and 2004   Brian Harrison   087 9201743 and  John Maguire 087 6823264
Hurling, U7/ Born 2002    Mark Lohan  087 8052999
Juvenile Hurling Contacts:
Hurling Nursery Officer: Brian Harrison 087 9201743
Hurling Club Coach: Niall Corcoran 087 9834287
Hurling Secretary: Frances Herlihy 086 8075730
Hurling Dev Officer: Mick Crowe 087 9967608
Parental Assistance
We appeal to all parents of the new group to offer assistance in any way possible. No previous coaching experience is required and even periodic help is better than none at all. The success of the club relies on volunteers and it is a great way of getting to know other parents. If you are willing to offer any assistance in any capacity, whether it be coaching, roll, setting up pitches, tidying up pitches, etc. etc. please contact any of the following:
Niall Corcoran, Club hurling coach, 087 983 4287, niall.corcoran@gmail.com
Michael Crowe, Chairman, Juvenile Hurling Group, 087-9967608, mjcrowe@gofree.indigo.ie
Margaret Keane, Registrar, 086 311 0020, Margaret.keane@yahoo.ie

For details of Team management click on the image below 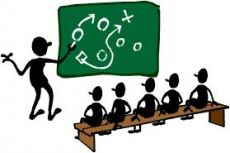 By Ivan Smyth Lavey overcame Slaughtneil in an all Derry derby to emerge as the inaugural...