All The Action From The Ladies Football Sevens

After a very wet saturday, we still had a great U14 Ladies Football Sevens competition in Kilmacud Crokes. The girls made the best of the rain (see the roscommon bus pic in the gallery) and fought hard to win the titles despite the weather. The following is a few snippets of the day, and a gallery of images from the whole day. Also keep an eye on the local papers, the gazette Lucan and Dundrum, The Southside People, and the Herald.

Snippets of the day...

As the U14 Ladies football Sevens reaches the quarter final stages there is some fierce battles on the pitches. Kilkerrin Clonbeirne from Galway, the Cup winners from 2015, take on Ballinora Ladies from Cork. Some of the first photos of the day are here, and keep an eye out here for updates on how the finals are progressing.

It was a close match with plenty of excitement between Kilkerrine Clonbeirne and Southern Gaels, going to a point shoot out after a draw at full time. Southern Geals were the eventual winners and both teams with great respect for one another joined together for a team photo. Great to see such fantastic spirit.

The plate finals are now under way here at Glenalbyn between Clonguish and Naomh Molaoise. Its very tight with a point in it and its half time.

The End of the Day

The winners of today's Cup Competition were Westport, Mayo, and it has to be said, a team led by a brilliant manager, who was very much about fair play and respecting the other team. The number 4 of the Westport team was also the player of the competition. Well done to Lucan Sarsfields who braved it out, but for them it wasn't to be. Westport were strong winners fond of scoring goals and well done to them.

Well done also the the winners of the plate competition Naomh Molaoise from Offaly, who came through as winners in a very tight match against Clonguish Ladies from Longford. At full time the match was a draw, and extra time was played. Well done to both teams for a hard fought match.

Thank you to Stephen Dagg for taking some really great pro shots on te day, I'm sure you can spot the quality images in amongst the other images of the day in the gallery below.

We would like to thank Reads for printing this banner for us, to highlight the dedication of the Kilmacud Crokes girls who also play for our Dublin Ladies. Thank you Reads! 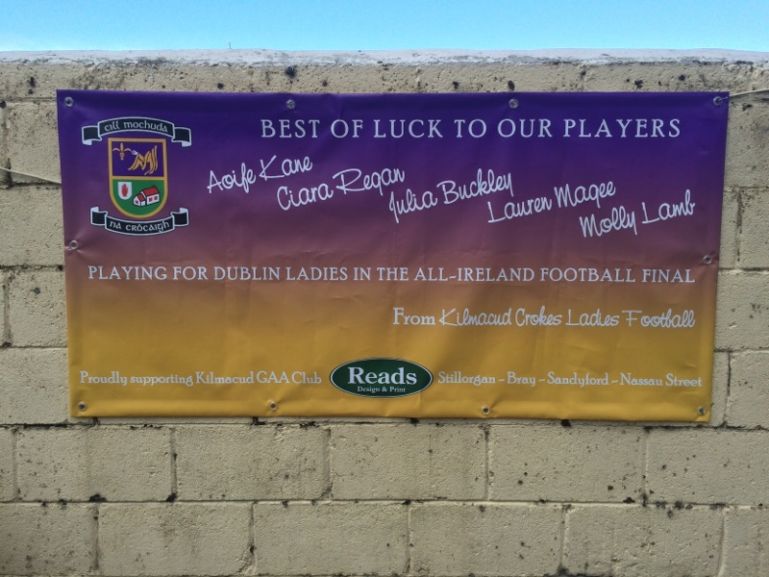 Buy your tickets now for the 2022 currentaccount.ie All-Ireland Club Finals

THE 2022 currentaccount.ie All-Ireland Club Finals are scheduled for the weekend of Saturday/...

HOLDERS Meath will begin the defence of their Lidl Ladies National Football League...